i havent posted any spec about mine lol

white 3 door: stage 3 conversion including unknown chip and stainless, 3 bar MAP sensor, green injectors, -34 actuator with 4mm preload (mental) panel filter as the big pipercross wasnt needed apparently, koni adjustables all round, front and rear alloy strut braces, various RS500 parts including front bumper, lower rear spoiler, intercooler. RR'd 2 days before i bought it and pushed out 388 bhp. was basically a track car, but i just had to have it and got it so cheap it was unbelievable and had an agreed insurance amount which they thankfully paid out after the accident.

moonstone blue 3 door: stage 1 conversion including chip, exhaust, panel filter. 24k when i bought it, 1 owner from new for 18 years, then 2 of my mates owned it before me. it lived in a garage on axle stands sharing space with a mk1 mexico and a silver 1.3 supersport before the guy died. his wife sold the cars. anyway, i had it for 18 months, used it everyday, lost my job, kept it as long as i could with pittance and then sold it. next day i got a job. i was LIVID!!

both cars were awesome for 2 different reasons, the attention they got at lights, on the move etc was unbelievable. only ever told it was 'ugly' once, by my gf at the time lol but what a car! i want another soon as i have the funds 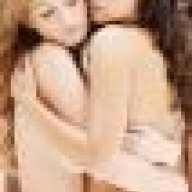 here is the pick of the bunch,didnt have enough space to include the Elise... there are others but nothing that interesting really

bit of a hot hatch conosseuurrreee myself 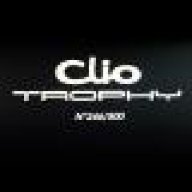 Hi all, here is my story! I started off with a pretty boring car life, a 1.4 Peugeot 106XND which could not pull the skin off a rice pudding! But it got me on the road... followed this a couple of years later with an offer that was again not very exciting but too good to turn down, a 1.6 Toyota Carina E with 26,000 miles for £900. Petrol this time and felt like it had a fair bit more go than the Pug. This was also when I first started modifying cars, I put some uprated dampers/springs on and some subtle alloys with decent tyres... the change in handling was phenomenal...sold it 3 years later for £850.

I'm afraid I can't find any pictures of either at this stage, but one of the owners on the Carina club (yes, there is one!) I was a member of put up a picture of his new car...I needed one.

Next is where things got a bit more interesting, a round trip from Newcastle to Oxford and came home with this (the black one)

Well, that's what it looked like a few weeks after ownership when I managed to put it in a ditch...sigh...I suppose it was going to happen going from a 100bhp family car to a 300bhp sports car.

Anyway, I was hooked on the Celica ST205 GT4 so had to have another. This time a trip to York returned with this.

Which after 7 years of ownership and pretty much everything on the car changed aside from the engine internals (including some tasty drivetrain mods), progressed to the car I think I have loved most, 300bhp and a recorded 0-60 of 4.5 seconds with a 1/4 mile time of 12.808 it was rapid!

Plenty more pics and details on this car if people are interested enough.

Anyway, it started to get a little less reliable and as I used it as a daily driver I was struggling to cope, in a short period it blew the turbo, the knock sensor went and I was at a crossroads where I either get rid, or spend a lot more and go for a full rebuild to keep me happy.

So I went sensible and got a newer diesel that would return me more MPG, carry the MTB's easily but still not be too slow, but again, within a few months it was on KW coilovers, new wheels and had a revo remap to give it 205bhp and 340lb ft.

But I quickly got bored of this, the torque was nice, but the handling was severely lacking, even on the coilovers...Audi understeer anyone?

Redundancy from work led to a nice lump sum of money which allowed me to pay off the finance on the car and get rid...and buy myself a nice new play thing. At this point I remembered many a drive across Hartside in the ST205 to go MTBing in the Lakes with my friend in his Clio 172...and I had to really, really push hard to pull any distance on him in the twisties, even with all my power and AWD (straight line was a different story). So I looked at these, and naturally I like my Jap cars too so the Civic Type R EP3 was another contender.

After test driving some of both, I honesty surprised myself in the fact that I preferred the Clio...so set about looking. As soon as I heard about the Trophy, I knew I had to have one of them. A few viewings later I brought 246 back from Sheffield.

246's story will continue in the Owner's register thread, suffice to say I have already done a fair bit and there is some more to come, but I want to keep it fairly OEM
N 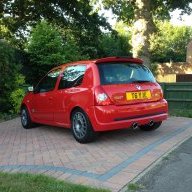 That is an enviable history nbc, where to next?
N

Thanks Claude, they were all great cars.
A new house purchase though means no current toy and even the beloved T is in jeopardy!
I have A Fiesta Red Edition coming in 2 weeks which I'm sillily excited about and hopefully i'll revisit the 'toy shop' again in a few years!
G

For interest adding a few in no particular order. Just images I have on my iPad will add some others when in front of my laptop.

Just because I like this picture, I think 2005 in Sicily

I'll dig out more pictures, but others on eclectic list include (some cool, some serious shite - you decide!!) 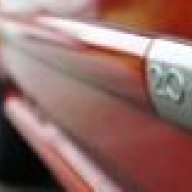 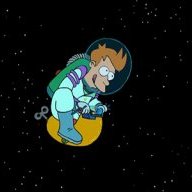 Fantastic list of rides there James, never been a huge fan of the Porsche but that little yellow 911 is sweet.
B

Here's a few of mine from over the years. I used to chop and change a fair bit before we had kids but not so much any more. Currently got the Trophy and E30 M3 Evo II. 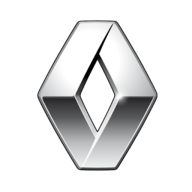 Here’s my old ones.